You are here: Home / Education / Private: Catalog / The Thinking Body: A Study of the Balancing Forces of Dynamic Man

The Thinking Body: A Study of the Balancing Forces of Dynamic Man 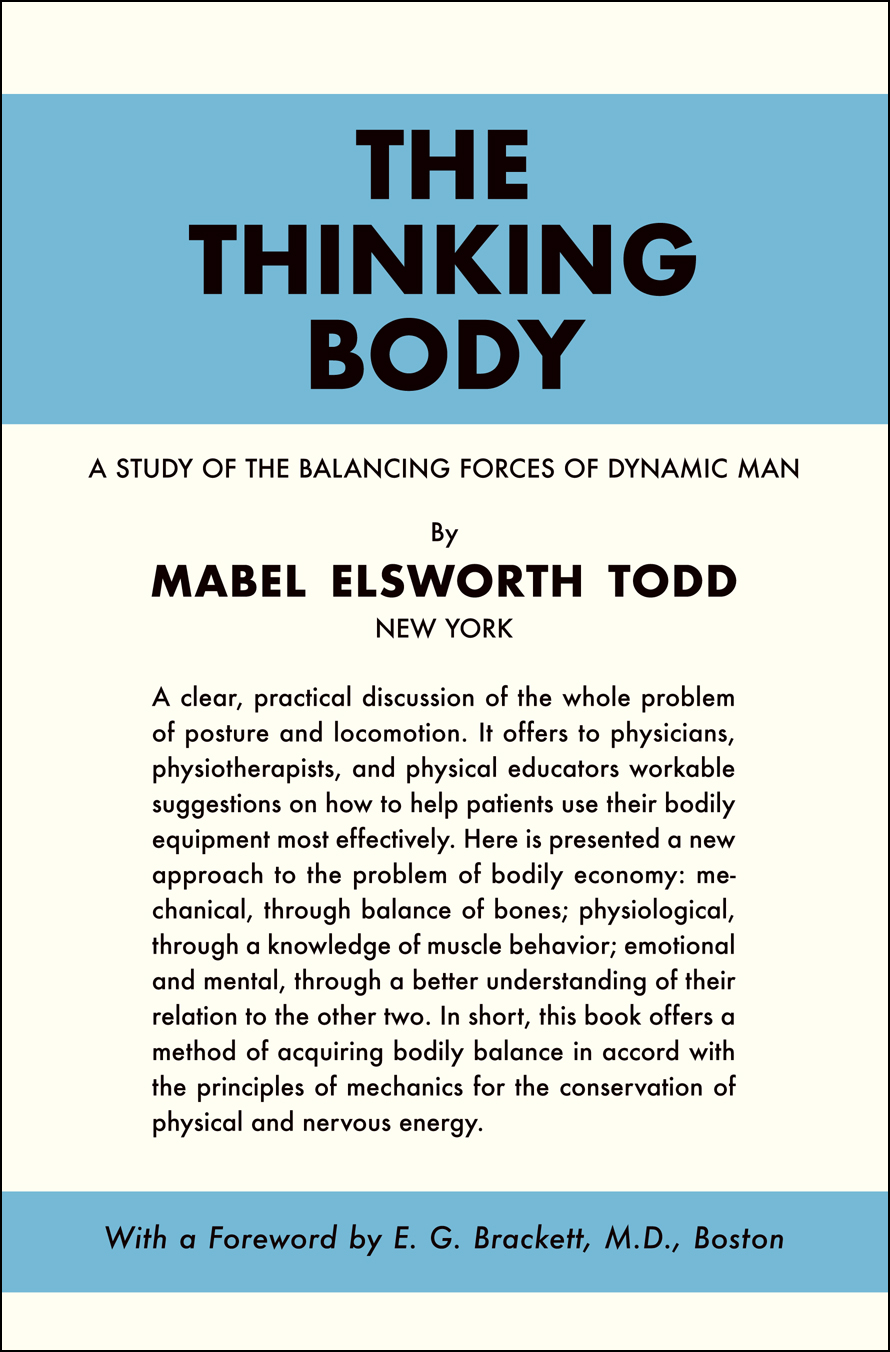 Mabel Todd’s The Thinking Body (1937) still stands today as the classic study of posture and movement that established many of the founding principles of somatic movement education. The book proposed an approach to “structural hygiene” and “bodily economy” based on “the concurrent study of physics, mechanics, anatomy, and physiology.”

The Thinking Body expanded upon Todd’s 1929 college syllabus, The Balancing of Forces in the Human Being,  which set forth the human “psycho-physical mechanism involved in the organic reaction to the problem of resisting gravity in the upright position.”  Throughout her career, Todd refused to codify her educational method in order to “prevent the premature appearance of a ‘school’ or ‘system’ which so often spells the end of creative processes.”  In the late 1970s,  the term Ideokinesis became associated with Todd’s approach.

Since the original edition of The Thinking Body became part of the “public domain,” several companies have satisfied the demand for the book by offering a variety of reprints.  In 2021, as part of the educational mission of The Thinking Body Institute, TBI Media developed a meticulous reproduction of Todd’s classic text with features that are not found in other editions, including:

Mabel Elsworth Todd (1880-1956) developed an educational approach in the early 20th century to help her “pupils” discover improved “postural patterns.”  Todd and the assistant teachers she trained taught privately in Boston and New York City in the early 1900s.  Todd also shared aspects of her work in the physical education departments of east coast colleges and universities.  Professional performing artists became interested in Todd’s teaching in the 1930s.    Barbara Clark and Lulu Sweigard taught Todd’s approach to dancers and actors in the mid-twentieth century, and their students continued to develop the work in the postmodern era. Currently, many teachers, drawing expertise from a wide range of sources, integrate aspects of Todd’s approach into their array of educational methods.