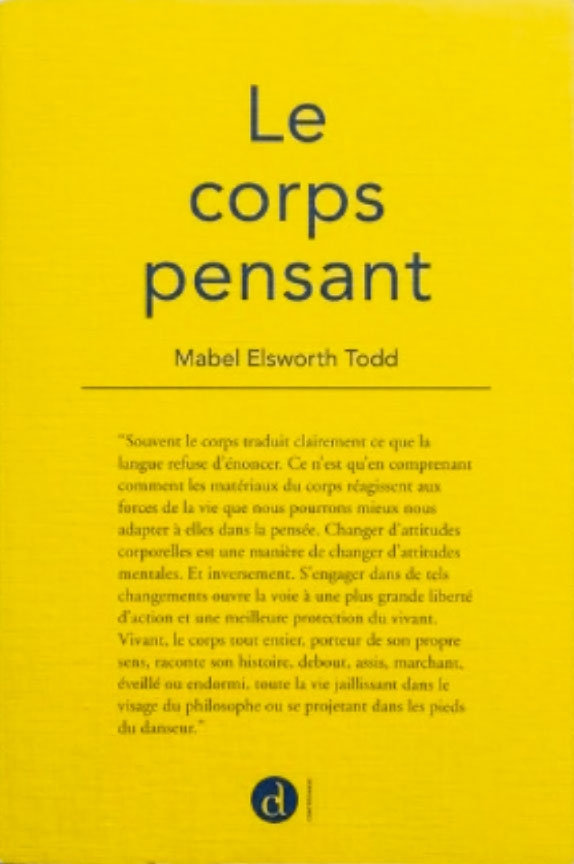 Conducted at the beginning of the 20th century, this meticulous study of the anatomy of the human body and the effects of thought on movement remains a reference in the field of dance, somatic and therapeutic practices.  Mabel E. Todd presents her educational method, based on an objective understanding of how the body conveys physical forces, such as gravity.  Surprisingly, it updates the binding role of social codes on posture and offers an approach where body and mind work together for a better quality of movement and life.  Translated from English to French by Élise Argaud and Denise Luccioni. [Translated Description]

About the Author
Mabel Elsworth Todd (1880-1956) developed a system of education called Natural Posture in the early 20th century to help students discover improved “postural patterns.”  Her approach was taught privately in Boston and New York as well as in the physical education departments of east coast colleges and universities.  In the 1930’s, Todd’s ideas began to capture the interest of professional performing artists.   Two of her best known protégés, Barbara Clark and Lulu Sweigard, advanced the approach among dancers and actors from the 1950’s to the mid 1970’s; their students continued to develop the teaching in the postmodern era.  Currently the educational legacy created by Todd is best known by the title, “Ideokinesis.”