(Ideokinesis: A Creative Approach to Human Movement and Body Alignment)

by André Bernard with Ursula Stricker and Wolfgang Steinmüller 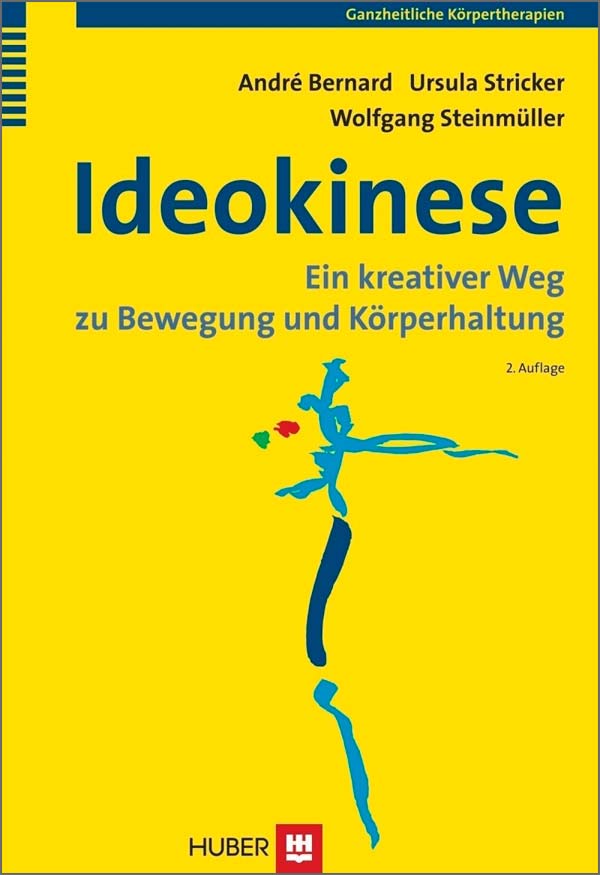 “Ideokinesis” was developed in the 1920s by Mabel Elsworth Todd to improve the coordination of the muscles.  To this day, this method remains unique in relying on the power of imagination to transform neuromuscular patterns of posture and movement.  André Bernard (1924-2003) was one of the main exponents of Todd’s approach.  As a teacher at New York University beginning in 1966, he passed on ideokinesis to generations of dance and drama students.  Some later became teachers of this method themselves. In 1986, he presented ideokinesis in Europe for the first time and taught summer courses in Switzerland and Germany until the year 2000.  In addition to an interview with André Bernard, this book contains his description of his working method and self-study workshop protocols illustrated with pictures. [Translated Description]

About the Authors
André Bernard (1924-2003) was a professional actor who appeared in numerous New York City theater and dance performances.  He also held an array of on-air positions with the National Public Radio Station (WNYC) in New York.  He became a student of Barbara Clark in the late 1940’s and together they devised pedagogy for teaching her interpretation of Todd’s approach in group settings.  Through his adjunct faculty position at New York University and private studio and academic summer workshops in California, Germany and Switzerland, his teaching was a major influence on the evolution of post-modern dance education.  As dedicated students of Bernard’s workshops in Europe, Wolfgang Steinmüller and Ursula Stricker assisted with the development and publication of the text.